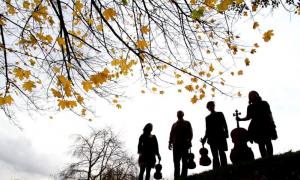 Join us for a magical, intimate winter evening by the fire. We welcome Methera, a unique chamber-folk quartet with roots firmly planted in English traditional music. Their national tours, BBC Radio 3 broadcasts and collaborations have helped them establish a reputation as a scintillating live act, blazing a trail through the uncharted territory that lies between folk and chamber music.

"Seriously stylish playing that's putting the sparkle back into the tradition."

Lucy Deakin (cello), Emma Reid (fiddle), Miranda Rutter (viola) and guest Sam Sweeney (fiddle) combine a deep knowledge of traditional music with a wide range of other influences and expertise and a deep sense of musical interaction. Newly composed pieces sit alongside timeless traditional material; their music is both sophisticated and earthy, groundbreaking and familiar, enchanting and thrilling - chamber folk at its best.

"The invention and interplay throughout is breathtaking, and sets Methera beside the very best instrumental groups of the decade."

Bring drinks, glasses, a torch and instruments if you'd like to play later on.